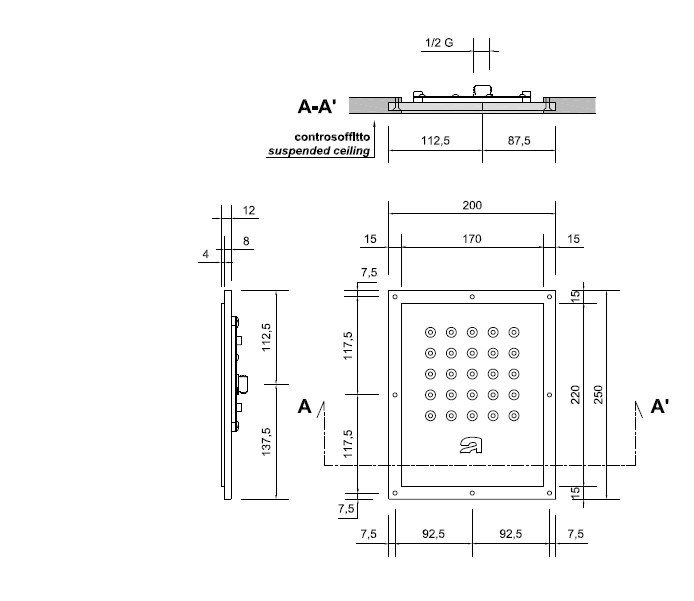 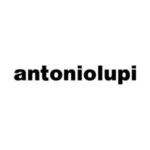 GHOST is an overhead shower with encased structure in Flumood and nozzles that can be inspected.‎

It totally disappears, leaving the role of protagonist to water and its regenerating effect.‎ Perfectly integrated into the ceiling, the Ghost retractable shower head is revealed only when it comes into operation.‎ Once turned off, only the holes, in which the small but performing nozzles reside, reveal its presence defining a regular grid ready to transform into an area of relaxation and absolute well-being thanks to the perfect mixing of air and water.‎

Consisting of a square or rectangular Flumood plate in which the nozzles have been “drowned”, the shower head fits seamlessly with the ceiling and after a perfect shaving can be painted the same color as the surface that houses it.‎ An evolution on the ceiling of the path taken by antoniolupi with wall-integrated fireplaces, continued with integrated sinks and already declined in the shower heads with Meteo Out and Meteo In.‎

Elegant objects that play on the concepts of presence / absence, which express their form as a result of a gesture, often disruptive, sometimes light and delicate.‎ As in the Strappo washbasin, which comes out vigorously from the wall, in Ghost it seems to be the force of the water that “punctures” the continuous surface of the ceiling to generate a revitalizing rain, clear reference to the experience generated by the natural phenomenon.‎

An elegant, minimal and perfectly integrated solution, in which every detail has been studied from both an aesthetic and a functional point of view.‎ In fact, a special tool allows to individually remove the nozzles for inspection and replace them.‎ A device that allows for perfect maintenance without having to make any compromises with the perfect continuity of the surface.‎

There are no reviews yet.

Only logged in customers who have purchased this product may leave a review.

WhatsApp Chat is free, download and try it now here!